Volvo is on the verge of a major step in its evolution, beginning with the launch of the all-new 2016 XC90. At a recent media event, we sat down with Volvo chief Hakan Samuelsson, who enlightened us about what, exactly, the Swedes are up to.

Most interesting perhaps, Samuelsson believes pure electric cars are not the way forward from a market perspective. Volvo believes traditional hybrids are the future, and Samuelsson says the combustion engine will stay, acting in harmony with the electric motor.

“We’re rather clear on that. With a pure battery car, OK, you can do it, if you have it as a hobby car, no problem. But if you want a real car, I mean if you really want to go somewhere, skiing or whatever, then it’s difficult to have this limitation in range,” he says. “So I think it’s much more realistic to have a hybrid.”

Despite the progression of EV technology, Samuelsson says there will be a place for the combustion engine as it, too, moves forward. “I think in the future there will be an evolution, also maybe downsizing of the engines, and more batteries, more powerful batteries, and then you can call that an electric car with a range extender. It’s exactly the same technology. So, that’s the path we have chosen.”

Volvo realizes that there are many challenges associated with EVs. While Samuelsson says the Tesla Model S is a great car, he also says larger volume automakers have a long way to go before EVs will be affordable and offer satisfactory range. Indeed, we love the Model S, but with a starting price scratching $100k, it’s out of the reach of most buyers. For the time being, accessibly priced EVs such as the Nissan Leaf suffer from range limitations and frequent need for charging. Tesla has said it would like to solve waiting times by offering a battery swap, but the automaker has also fallen behind on several plans, including the launch dates of its upcoming models.

Volvo will build upon its reputation of offering incredibly safe cars by continuing to focus beyond passive safety – features such as airbags, seat belts and the like. Instead, the company will strengthen its active safety systems such as collision avoidance, and auto-braking, as well as those still under development. “This will take us all the way towards autonomous driving, which is really the next level in safety,” Samuelsson says. He added, “There will be no fixed border” between these technologies, and the eventual autonomous capability.

He believes autonomous driving will be the tipping point, when people will really have to trust a vehicle’s comprehensive safety systems to hand over control, and he believes Volvo will be a major player in the autonomous space. But his version of what autonomous driving should be, also quiets some of our enthusiast-minded resistance to the notion itself.

“Our vision for real autonomous driving, is that you don’t do it from A to B, like Google. There’s no market for such a device, it’s too unsafe. So you drive manually, like an aircraft takes off and lands manually, but if you reach a boring passage, that’s when you press ‘auto.’ You will see on a map that autonomous driving is now possible, and you will be able to select it, but it will go beyond today’s semi-autonomous systems that only follow the car in front of you. It will be able to automatically change lanes, and overtake cars, and so on.”

Volvo has currently partnered with the Swedish government and the city of Gothenburg to test autonomous technology and will eventually be doing unmanned tests. Samuelsson believes a commercial application of an autonomous car could be ready by 2020.


An Emphasis On Design

Samuelsson stressed that a focal point in brand building will be an emphasis on design. “Of course we have to have a fantastic, attractive design,” but he also stated that making vehicles more intuitive would remain a top priority. “We want to work with connectivity, the HMI interface, and the touchscreen, to make them simple to use. We want to get away from button-heavy cabins, the car has to be simple, but understand you.”

Poking around inside the 2016 Volvo XC90, we can already see a large touchscreen and only eight buttons on the center stack, meaning progress on this front can be witnessed by consumers in just a few months, when the SUV goes on sale.

While the Volvo S60 sedan has been a stalwart for Volvo, we asked the automaker’s chief if he believed the trend towards SUVs and crossovers – like the XC90 – would continue in the future. “I think so. Sedans we’ll always have, and ultimately we’ll follow the customer, but there are a lot of sedans out there. So I think we should expect more diversity.” 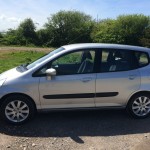 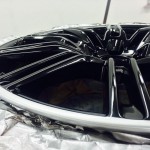